Last Monday was Seokgatansinil ( 석가탄신일(釋迦誕辰日) or Buddha's Birthday. It is one of the public holidays in Korea. Even though my Korean family is Christian ,we woke up early so we could go to the Buddhist Temple before noon to pay homage to Buddha. 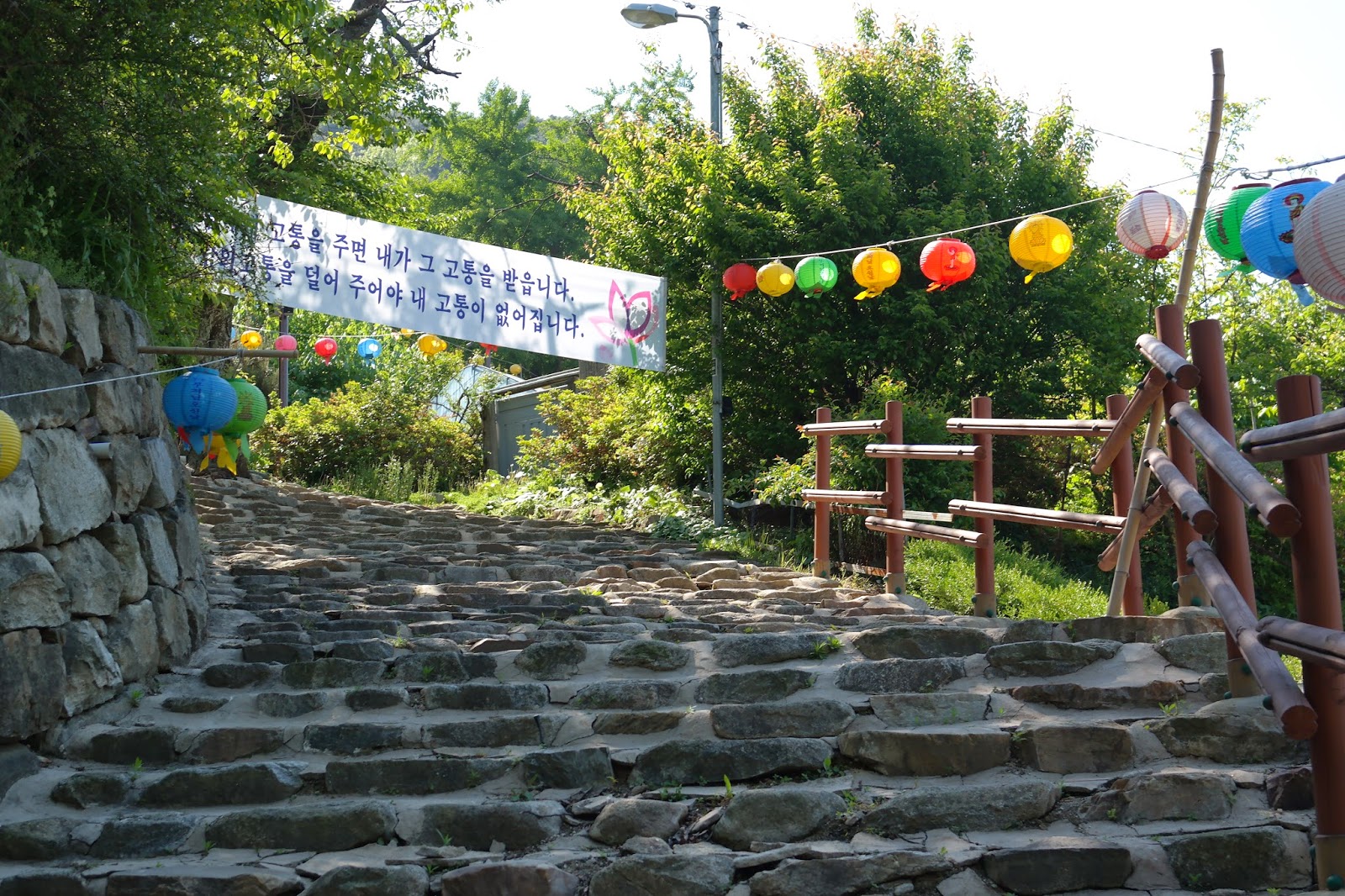 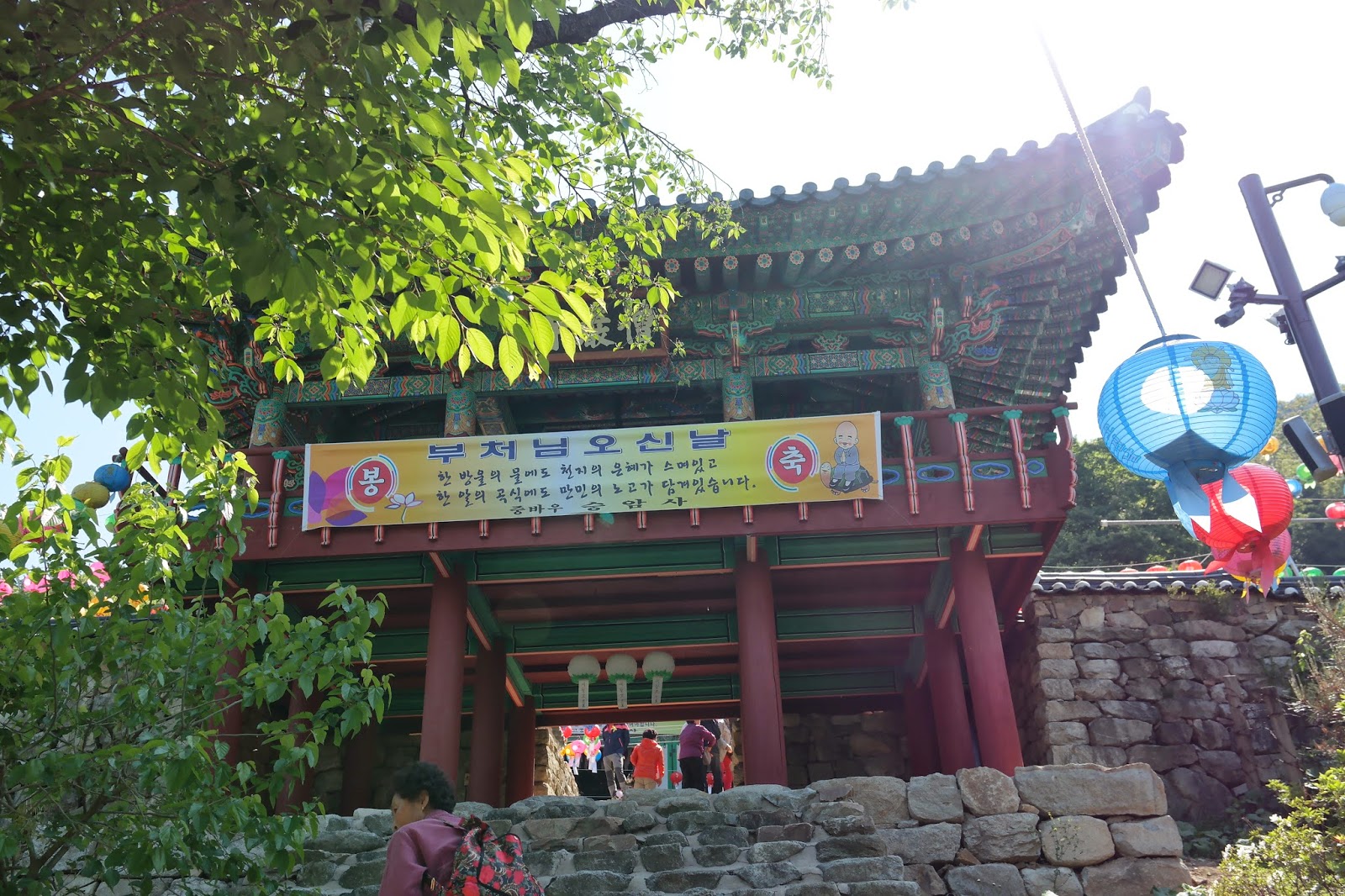 This is  the closest Buddhist Temple that we could go to. We did not dare go to bigger temples otherwise we would get caught in heavy traffic and long queues again. We already learned our lesson from last week's holiday. 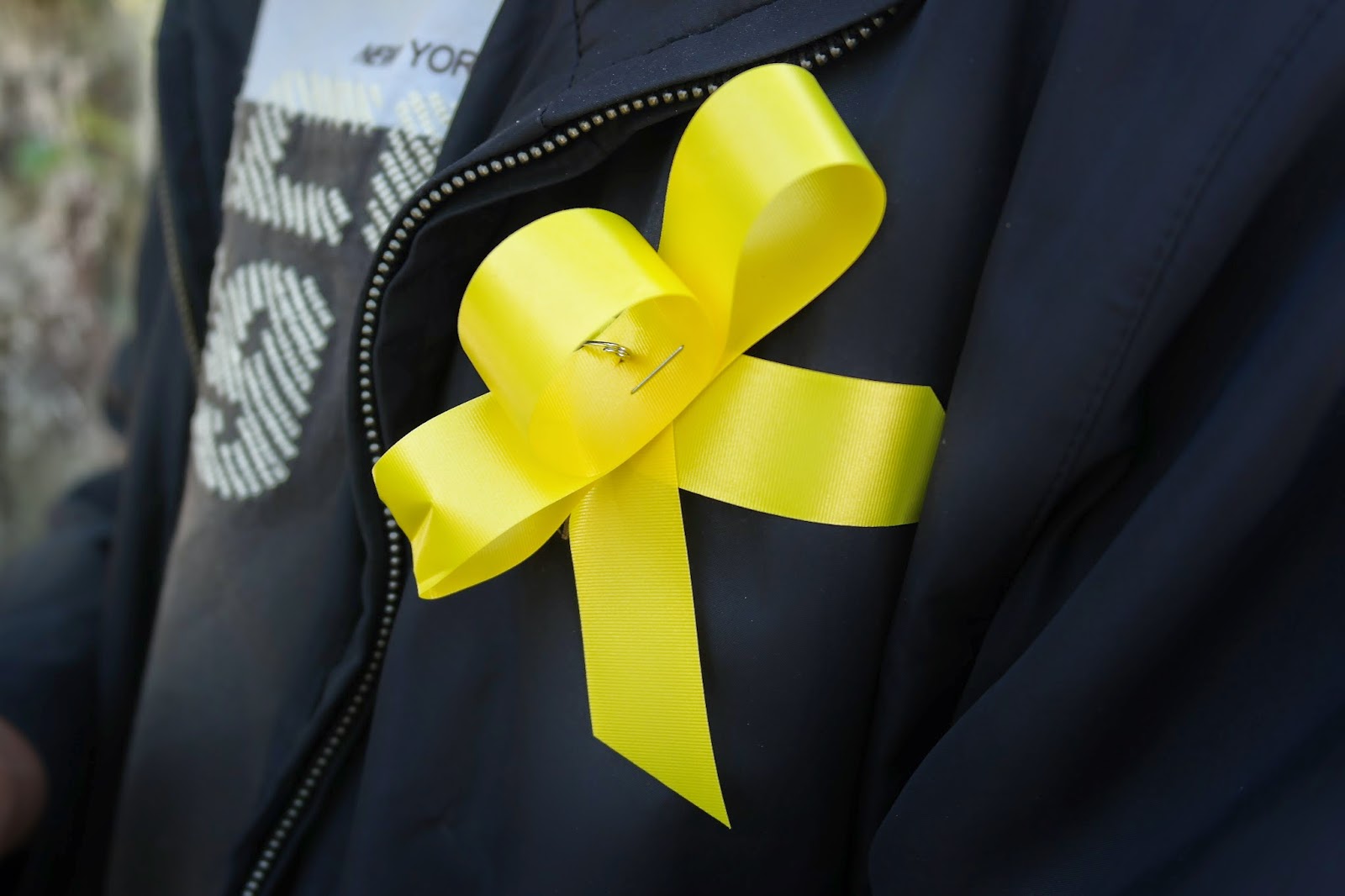 The ajuma (manang in vernacular)  at the temple entrance pinned yellow ribbons on our shirts in honor of the victims of sunken South Korean ferry. 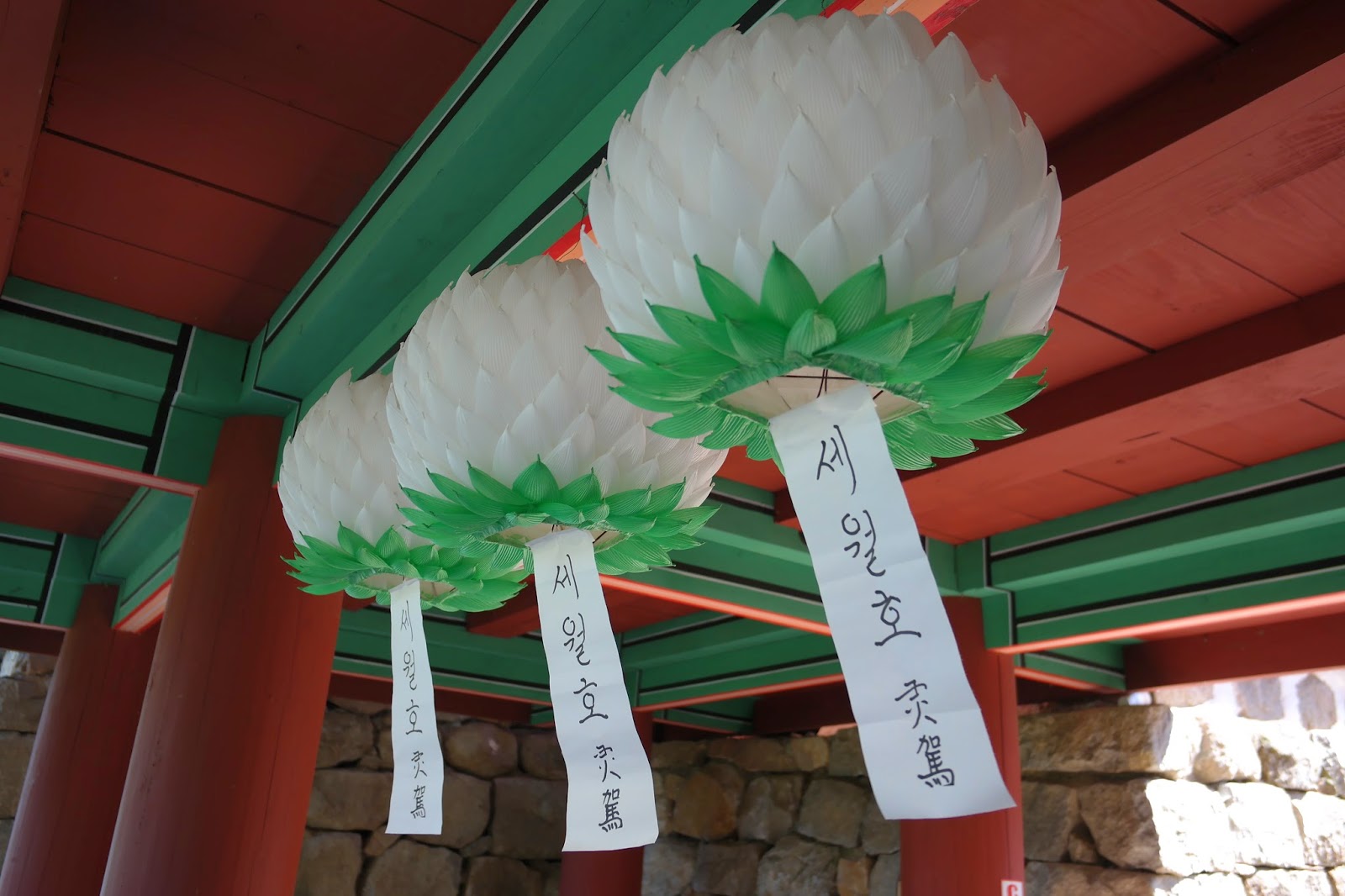 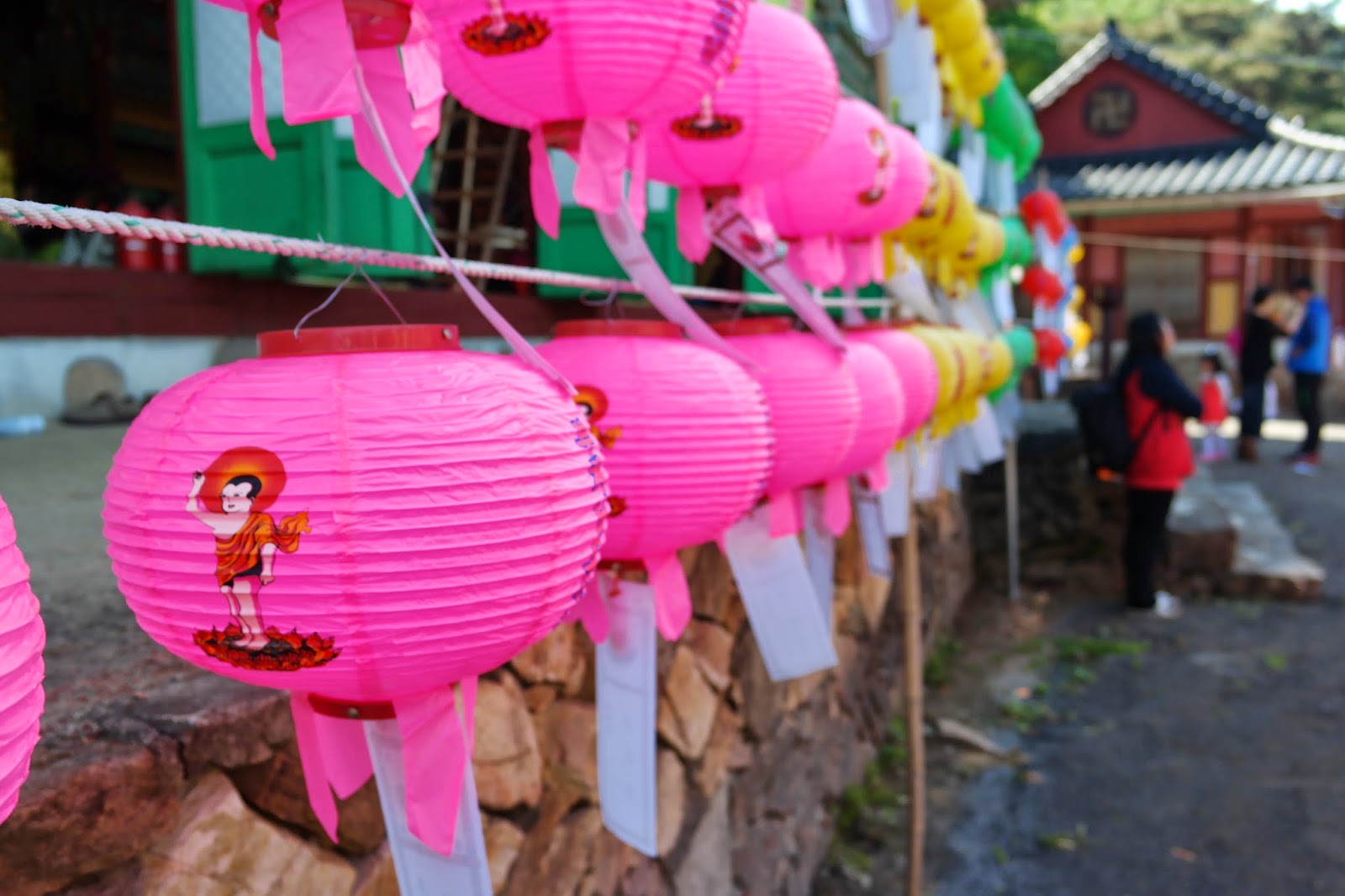 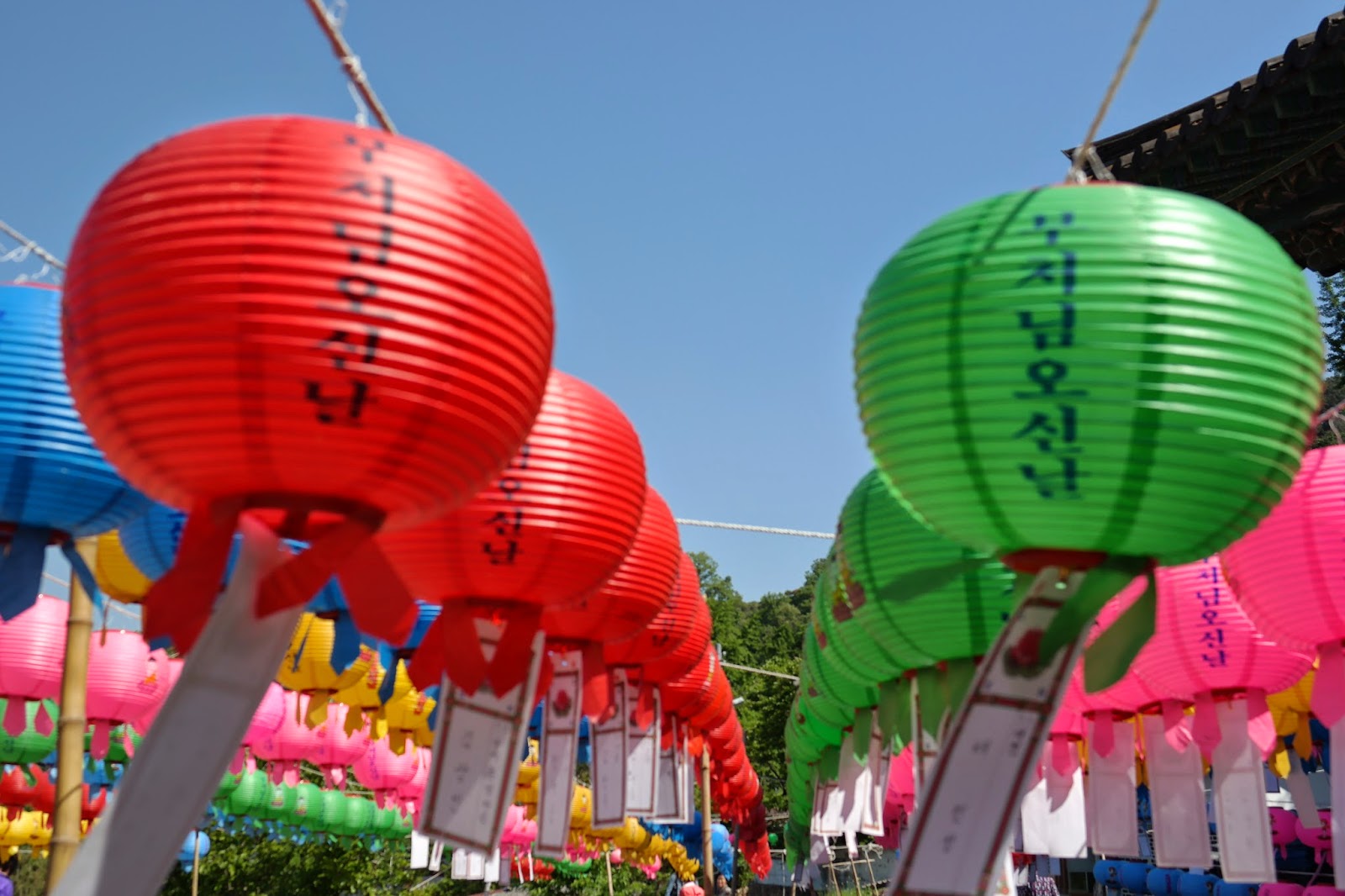 According to my husband, the pieces of paper that are attached to the lanterns are names of  donors and benefactors. 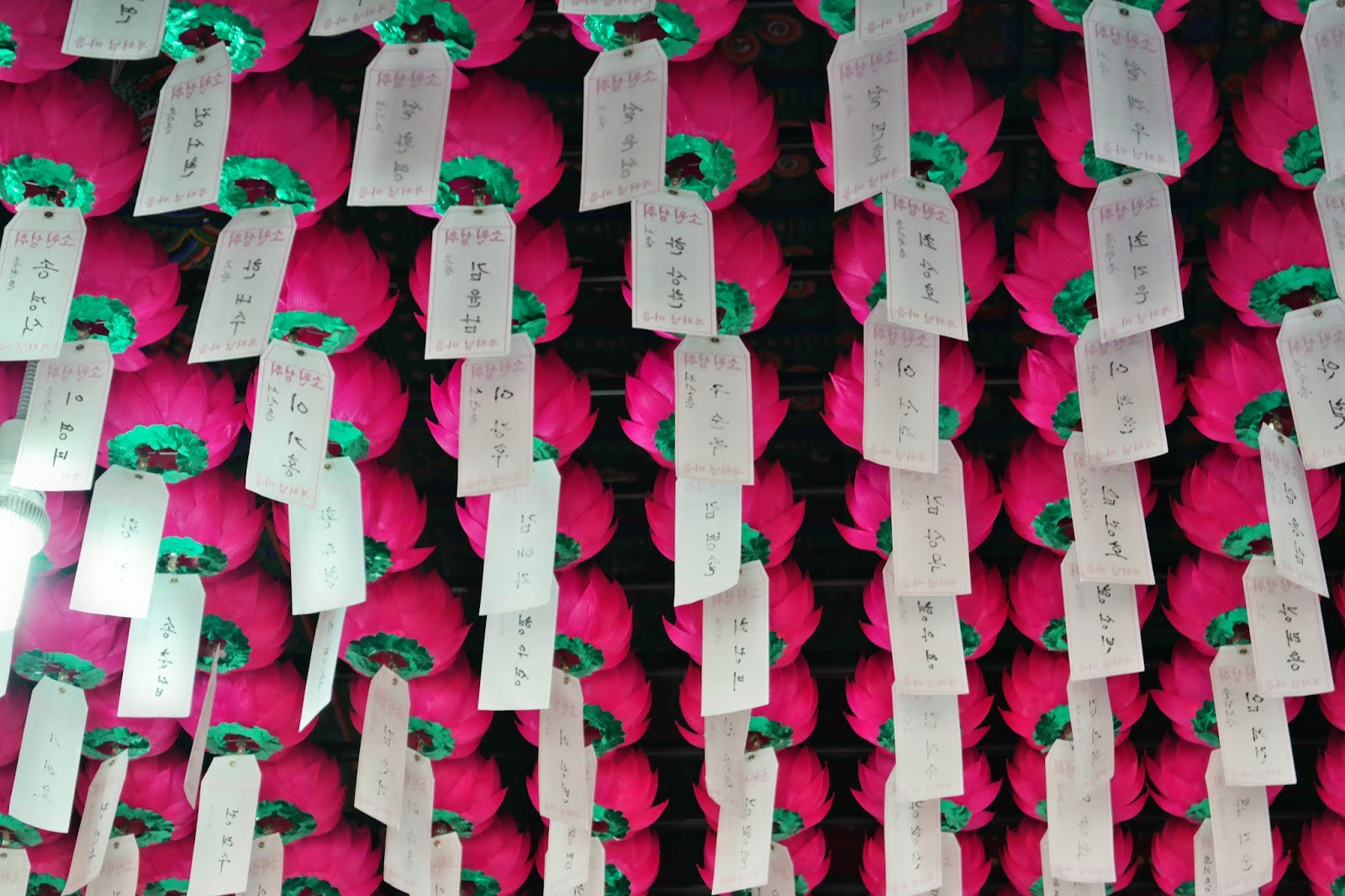 More lanterns inside the temple 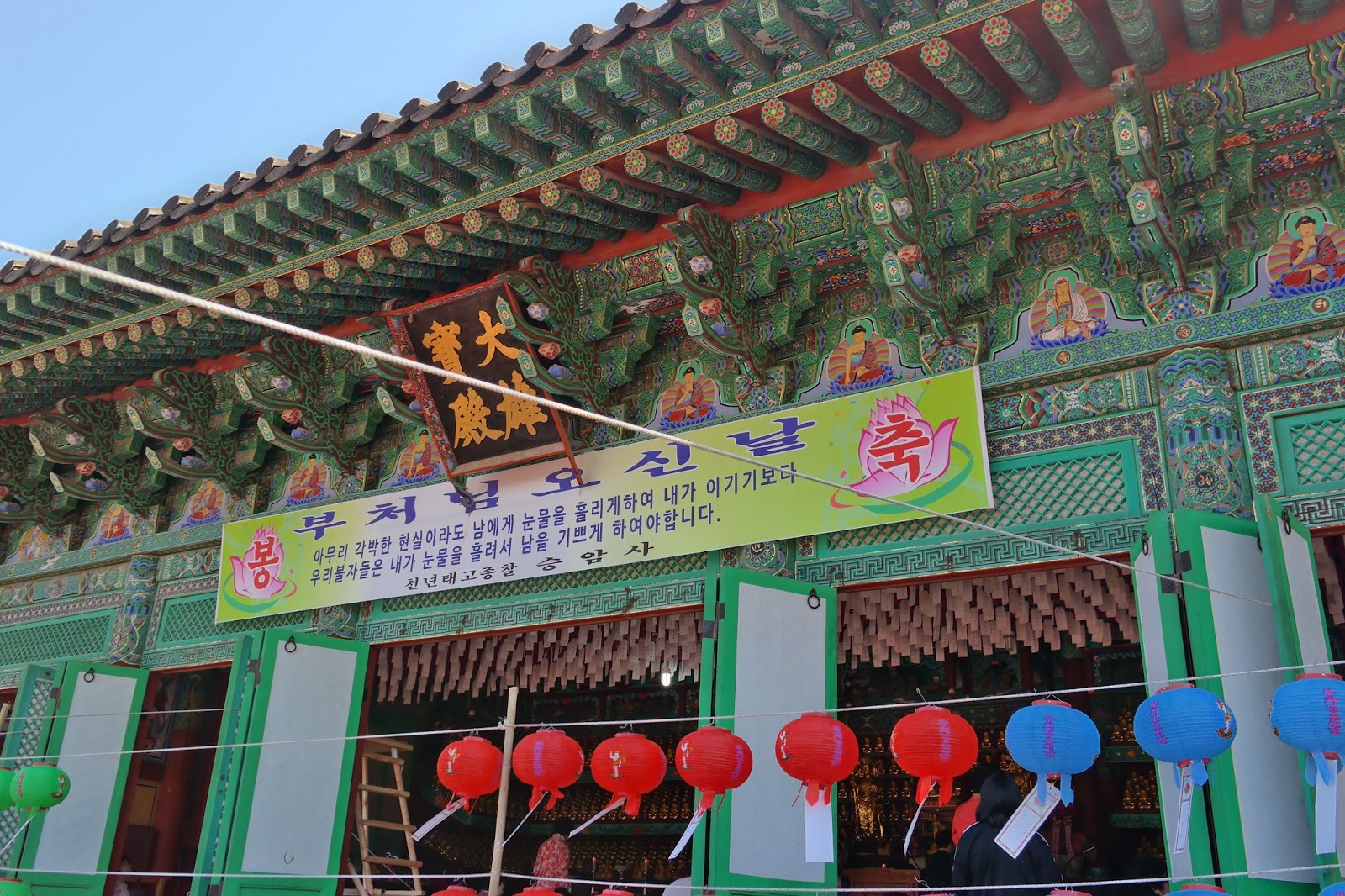 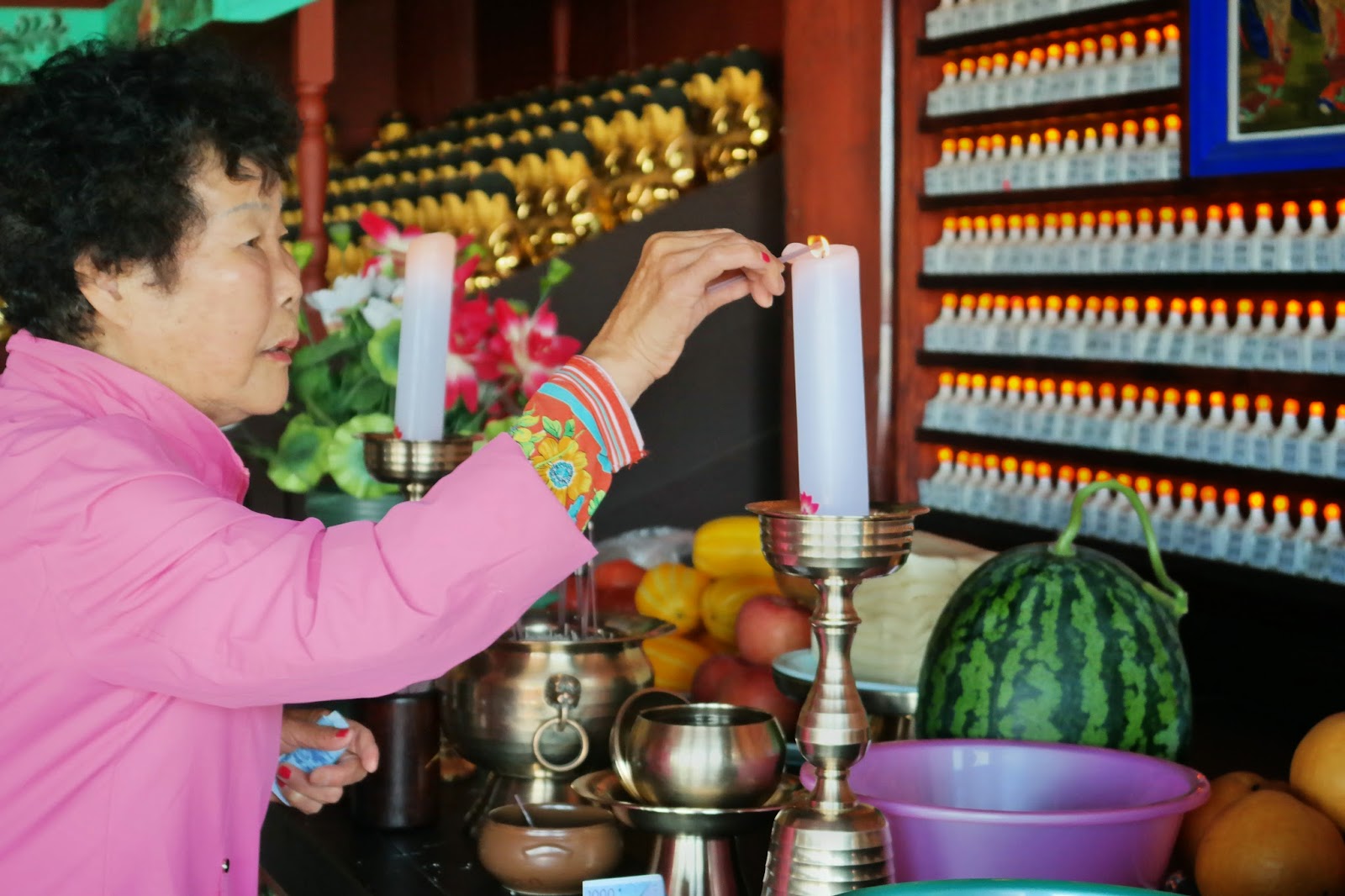 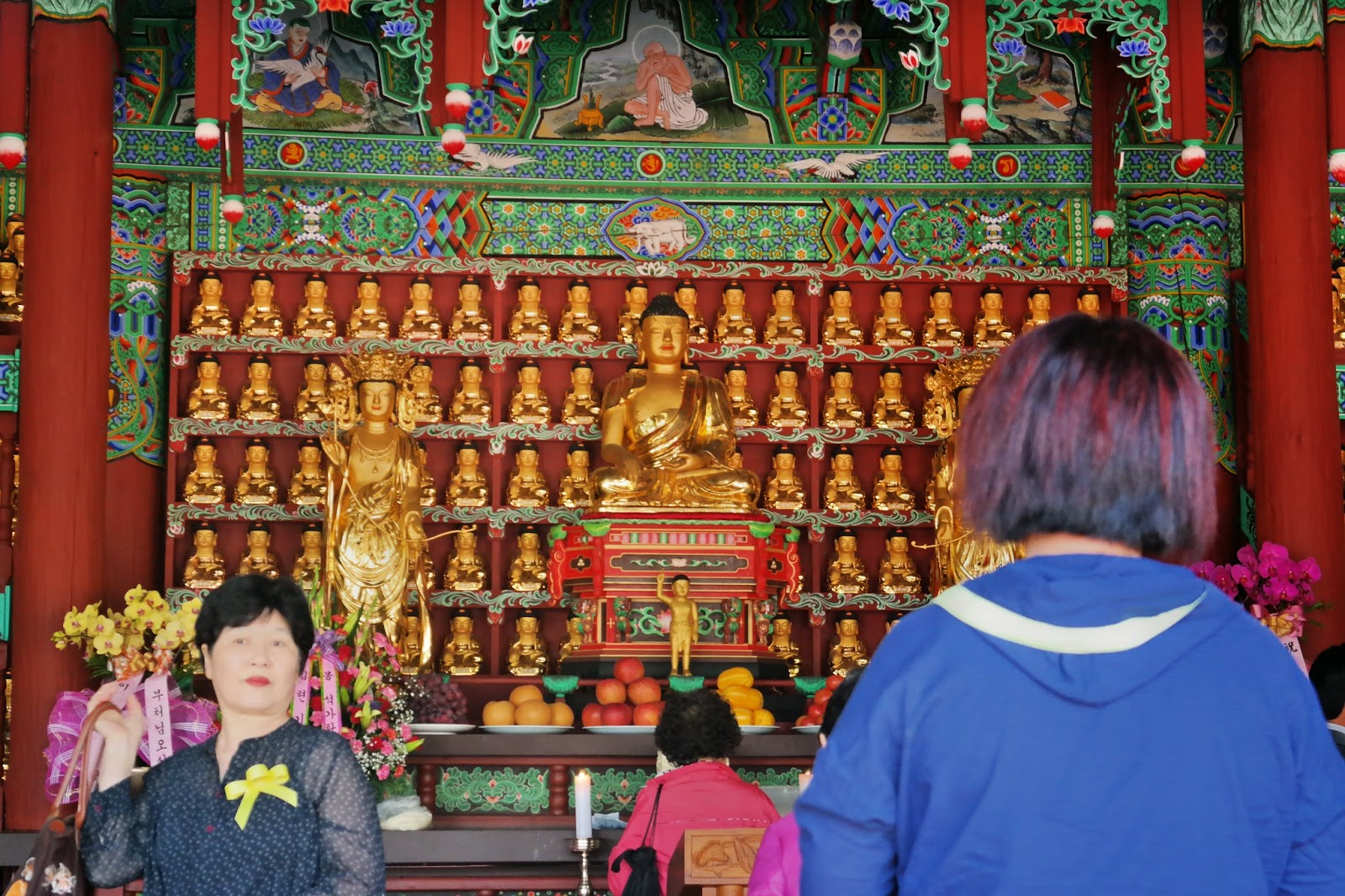 I was not able to take a picture of the temple's facade because the manangs were speaking under their noses lols. I guess they were irritated. But I was not the only one taking pictures. Maybe masyado lang obvious ung camera ko, other people kasi were using their handphones and pasimple magpicture-picture hmmmp! 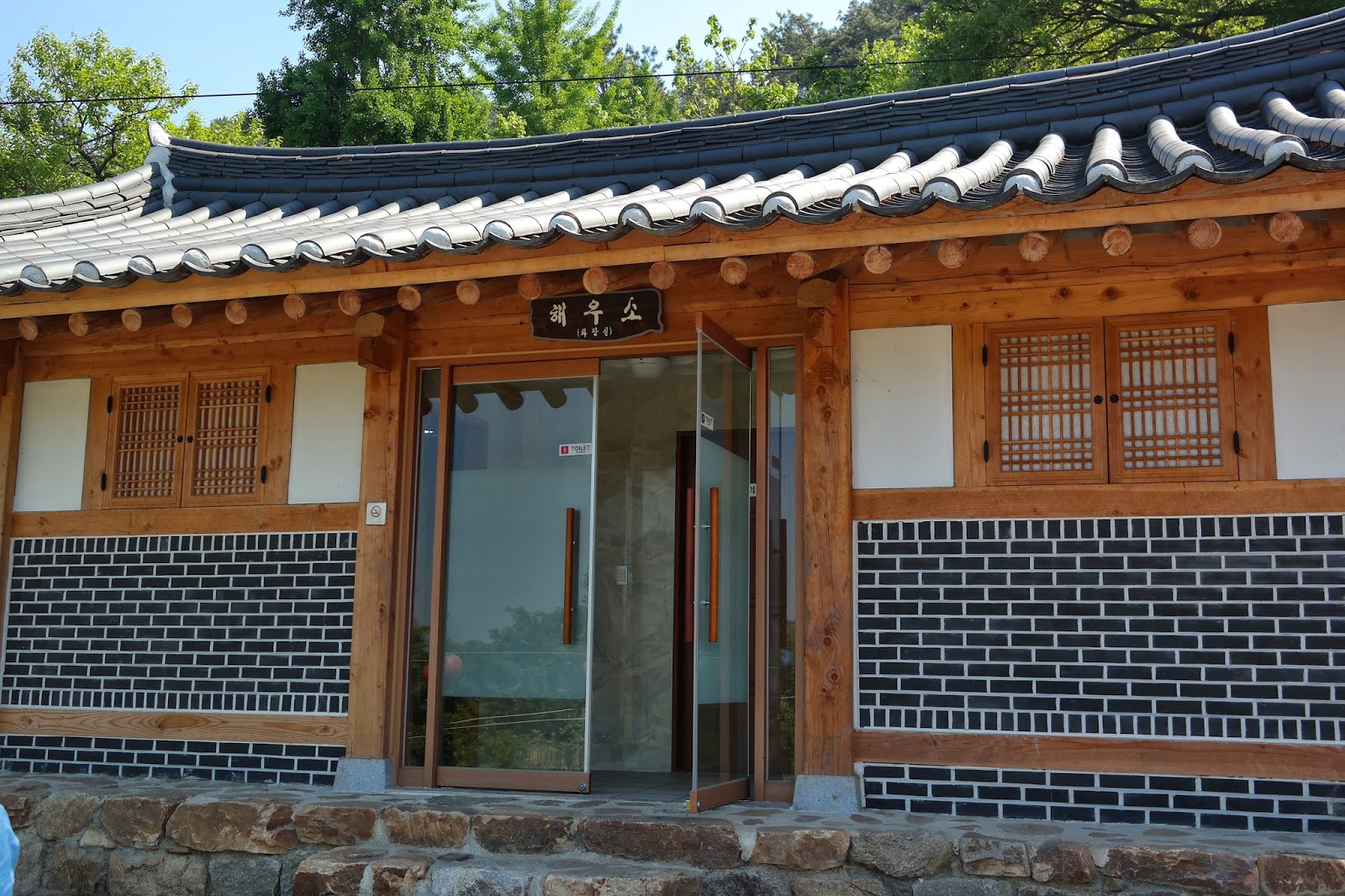 Anyway highway, look at this structure next to the temple. Ang ganda noh?