Hana and the Gang.

Hey friends!! I am back in the Philippines! I literally received a warm welcome. Could you imagine arriving at quarter past 12 midnight with a temperature of 33 degree Celsius? Coming from a chilly and dewy weather from Korea, I felt like I was going to faint. It was hotter than hell! I felt like going to the check-in counter to go back to Korea. When pigs fly! My husband stayed a bit longer there because of work so  solo flight ako pabalik. My senora days were over -- back to reality!

Few days before I left Korea, I met this little kid named Hana ,who live around  our neighborhood, while I was at the playground. She was gathering small pebbles with her friends. Natigilan sya when she saw me ; maybe I appeared so adorable (chos!) to her because she could not take her eyes off me.

Then finally, she approached me and said , " annyeonhaseyo" .

She started talking in Korean which I barely understood because of my limited Korean vocabulary. I thought maybe she asked what  my name was. So , I said: "Chunon Jeanette Imnida"

And because she had heard me spoke the same language, she assumed that I was Korean. Suddenly she started making kwento na!  Then, she pointed at my camera. I took a picture of her. To her delight she flashed a grin that stretched from her ears to China. 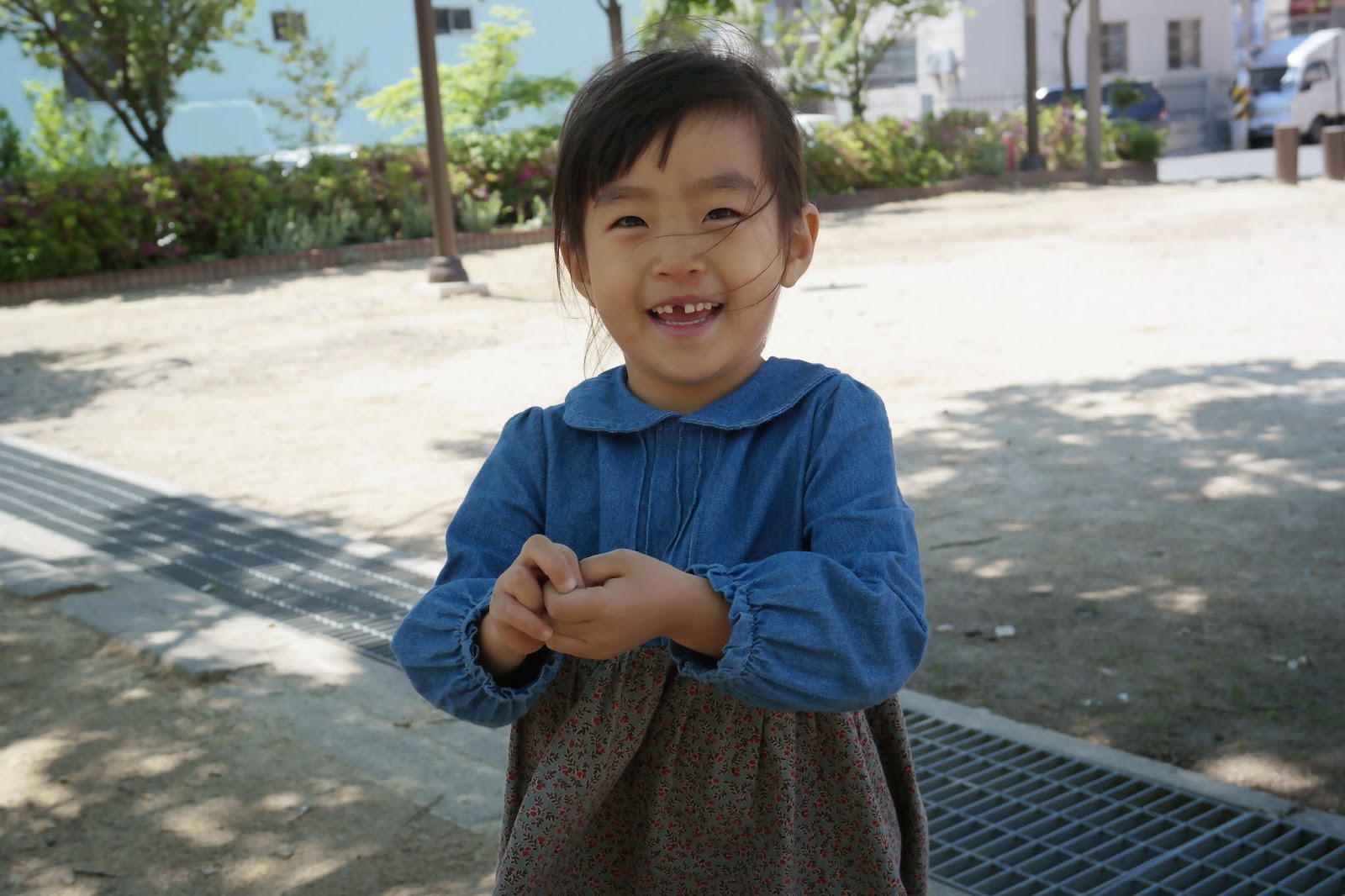 She could not stop talking. Such a chinky chatterbox!  Then, she called in her gang. I figured, perhaps they were asking me questions because of the rising intonation at the end of their sentences. Ay caramba! I was being interviewed by these small people. They were talking in unison so I felt like I was lost in front of these cute scalawags. 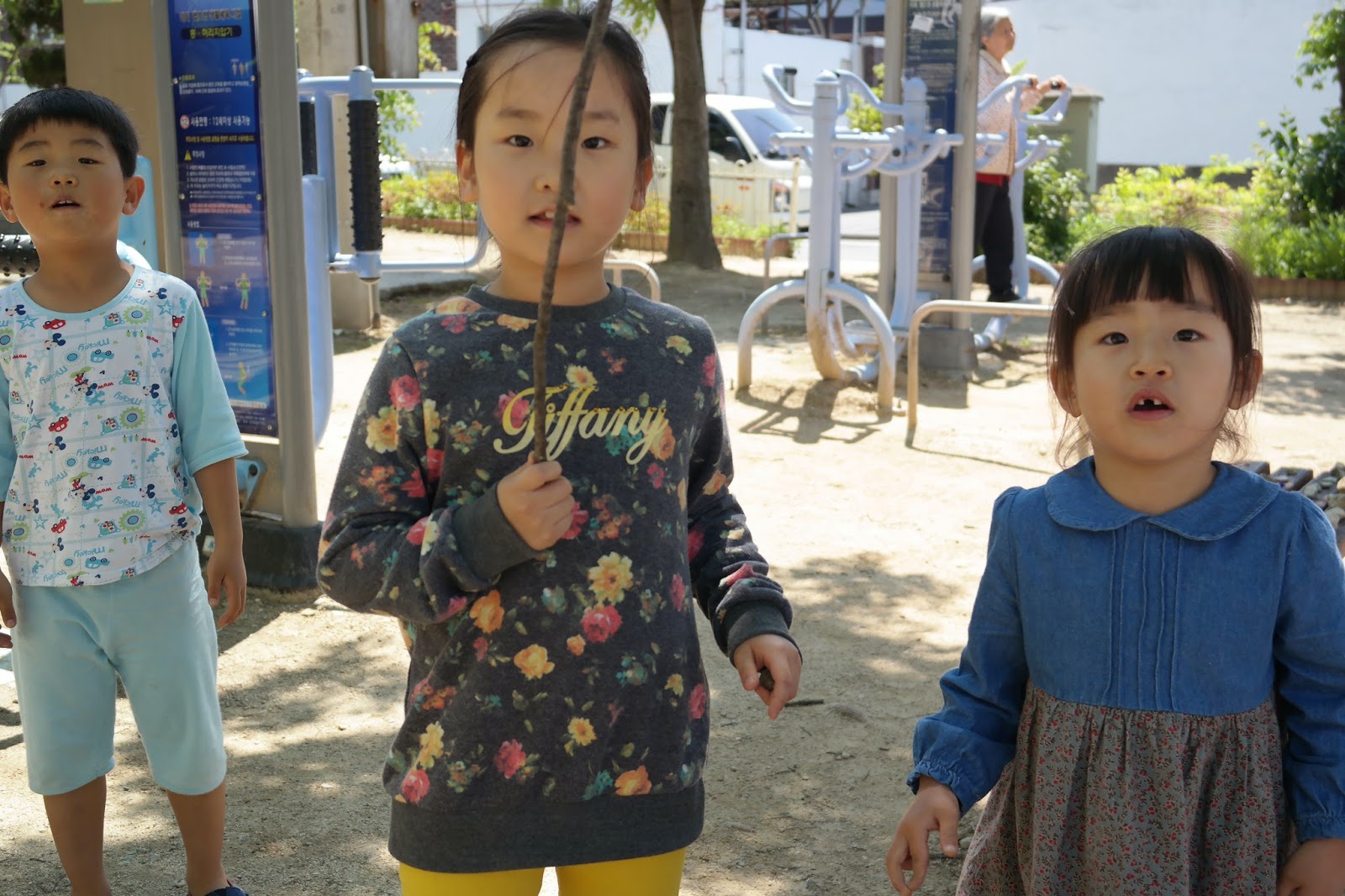 They were all dumbfounded as if they heard an alien garbling. Look at their startled faces.

When my husband came, he spoke to witty Hana. He translated what the little girl had said. According to him, little Hana wanted to borrow my camera because pink was her favorite color. She also wanted to know where I came from , where my house was and why I was at the playground.

Before leaving, I allowed her to touch my camera. She was so happy that she gave me a high five.


Kids are adorable , aren't they?