Welcome to the Christian World

I just want to share this because I feel happy for my husband.

My husband and I just came home from our Sunday mass.I was a lector today so we had to attend the 9:00 am mass.

This Sunday was another special Sunday for my husband because he had his First Communion. Last Sunday he received the Sacrament of Baptism and he could not be even more excited. In fact, he had prepared for it for more than month. He attended his weekly catechism and bible study. He would read the his First Book of Cathechism , memorize the Ten Commandments  and Catholic prayers by heart.As you know, my husband is Korean and he did not have a religion but he was not anti-Christ. He believes in God but he did belong to any denomination. One day while he was in Japan, he made an overseas call.

Hubby : Yobo, please arrange my baptism. My colleagues are married to their Catholic wives and they have shown me their baptism certificate.I wonder, I am married to a Catholic but why I did not receive baptismal certificate.

Me : Are you sure? Why you suddenly want to become  a Catholic?

Hubby : My wife is Catholic.

He had attended several Catholic masses even before we got married. I did not want to push my religion to him. So of course, I was happy that it came from him.
He was so excited when the catechist told him that he was ready for the Christening. His eyes shown bright. Halos din na mapagkatulog two weeks before his Christening. He had so many questions.
We went to the church to register.

“Can I have my Sacrament of Confirmation next week?,” my hubby asked the priest.

Before the priest could answer, I said, “ No, yobo you must have first communion before that”.

“ He can receive the First Communion once he has been baptized”, the priest interrupted.

“really?!” yobo retorted brightly as if he was like a child who was granted a permission by his mom to eat sweet goodies.

But he slouched when the priest uttered, “but first, I need to talk to the layperson who catechized you. And you have to wait for our call."  L

He picked up the phone. “yoooooobooooo,church-ie, church-ie!” he shouted with his Korean accent.
I took the phone and he stuck his ears to the receiver to hear the conversation. Lols.

He was finally baptized last week. 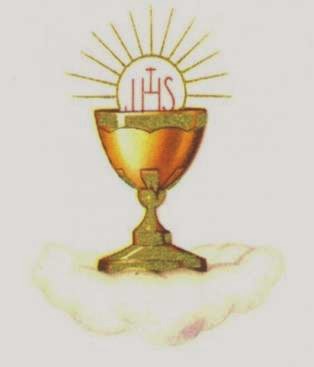 Hubby : yobo, I am excited.
Me : For what?
Hubby : Tomorrow is my first commnunication.
Me : What ???
Hubby : tomorrow, I will eat in the church. Holy Eucharist.
Me : ahhhh. First communion. ( Eto na naman ang bloopers ni Jin.)

After the mass this morning, I asked him how he felt after receiving the Eucharist.

“I kept patient. I wanted to smile. I wanted to laugh but I had to do this (pinning his mouth) otherwise the person beside might say  I was a wacko. So I prayed Our Father, Thank you. “