Today was a major OMG! I woke up as early as four thirty in the morning to get ready for Mitch Albom's book signing tour. By nine o' clock, my husband and I were already at G3.  We were pretty early-I thought- because there were only few of people- more or less about twenty five- waiting outside the entrance gate. When the gate opened , we were ushered by the security guard from the activity center to the end of the queue . 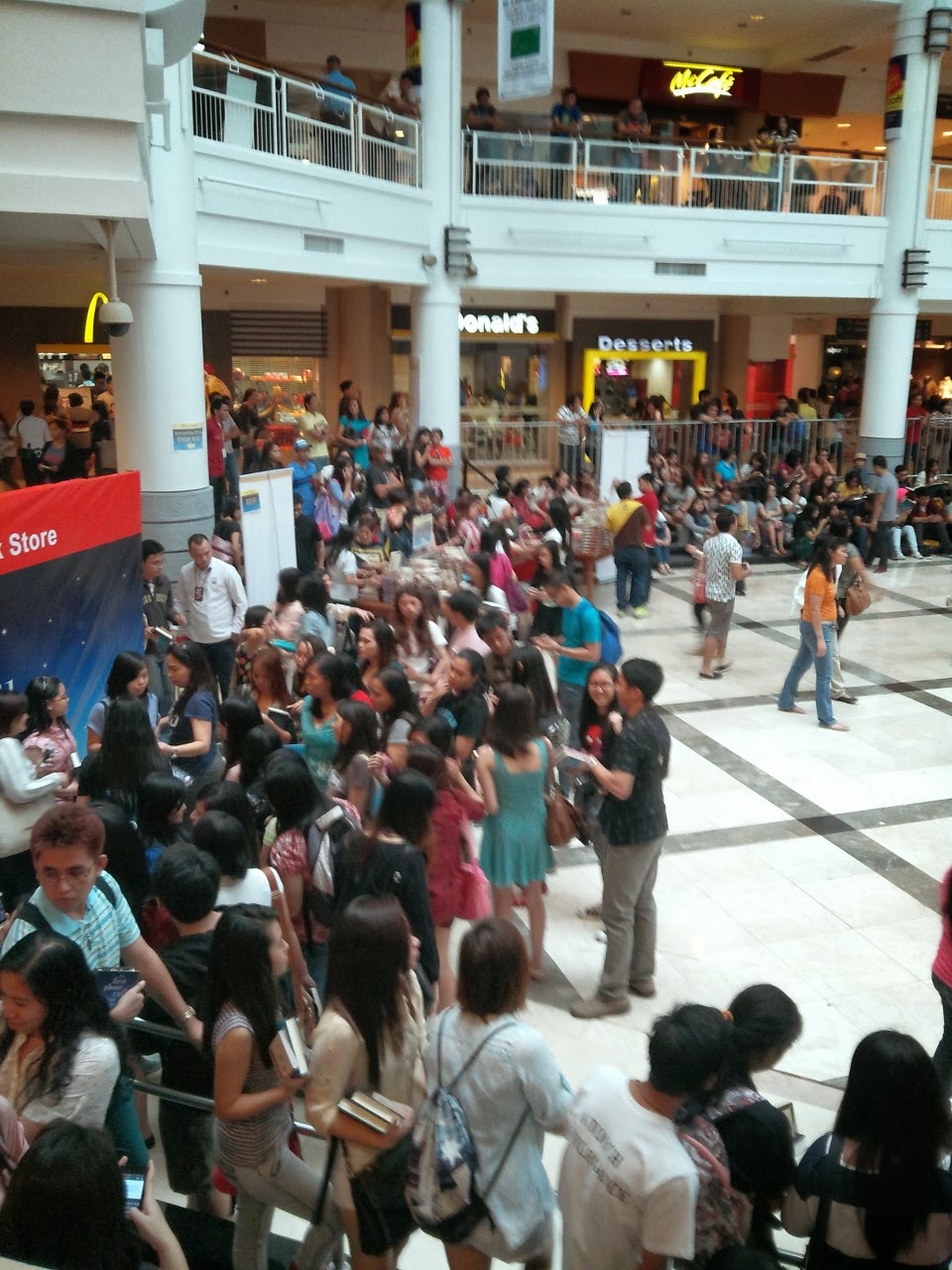 Holy moly! Little did we know that there was already a long queue inside the mall. 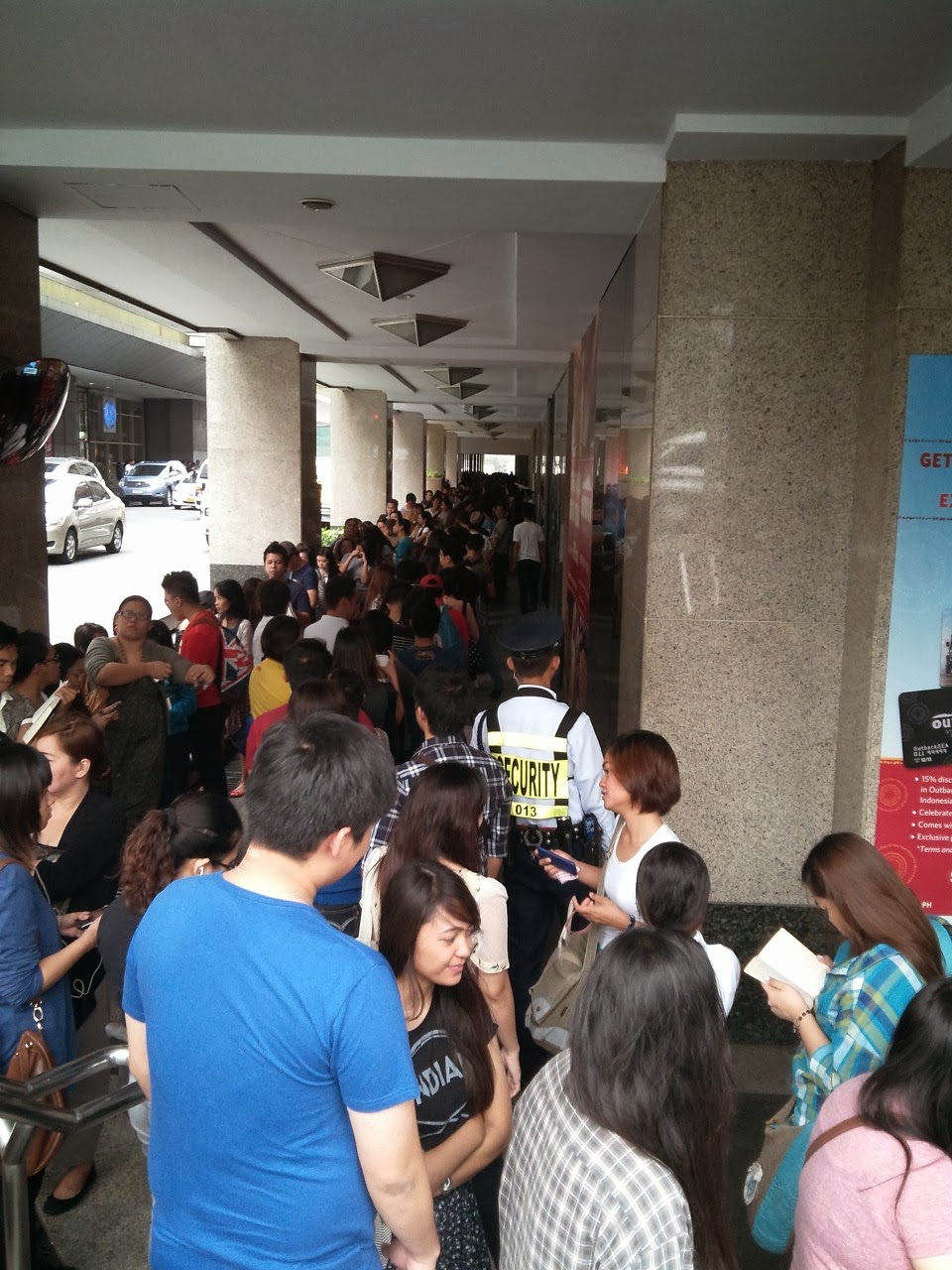 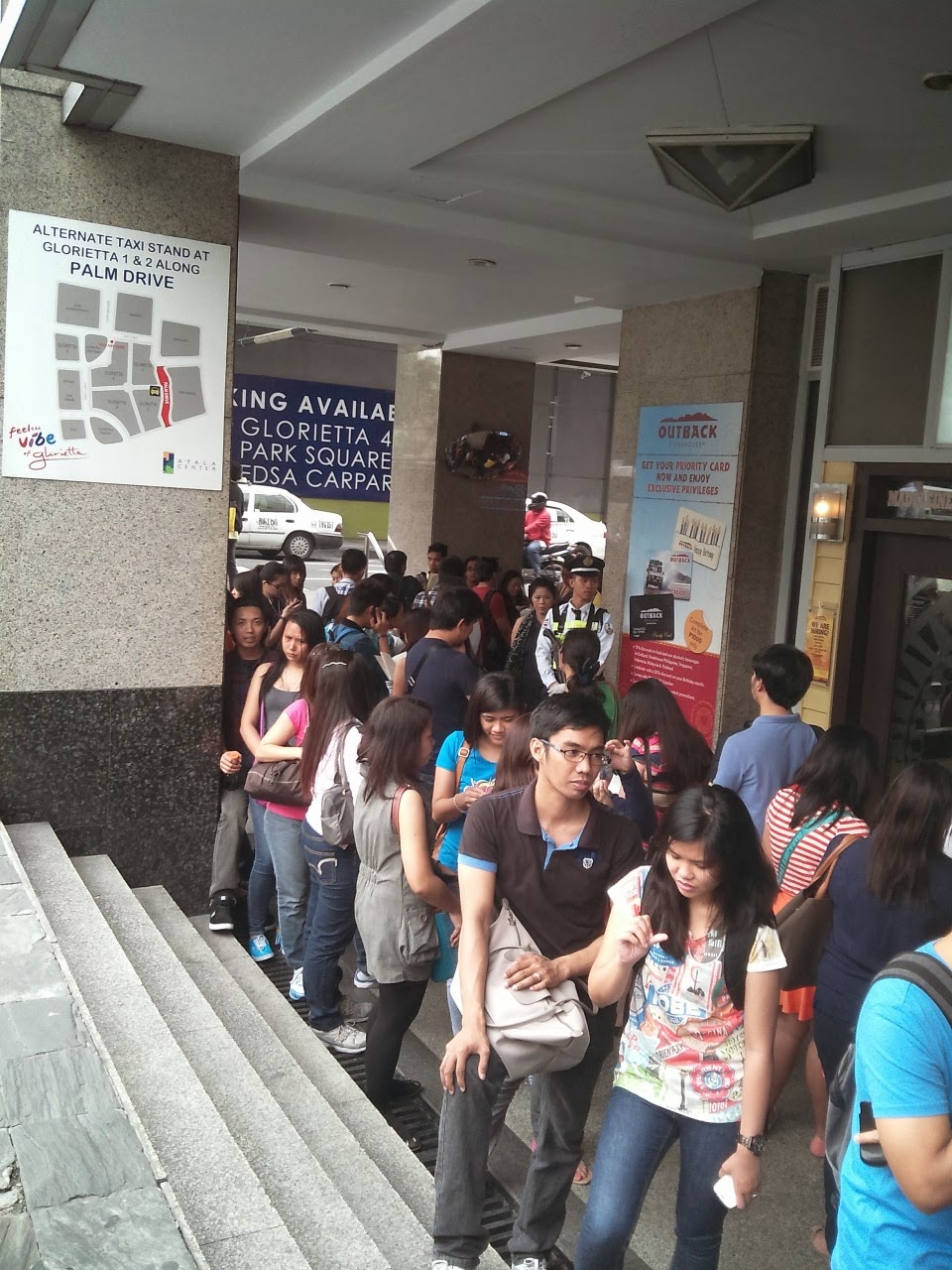 We walked through  the  labyrinth of very eager Albom fans .Many of them were reading books while standing in line. 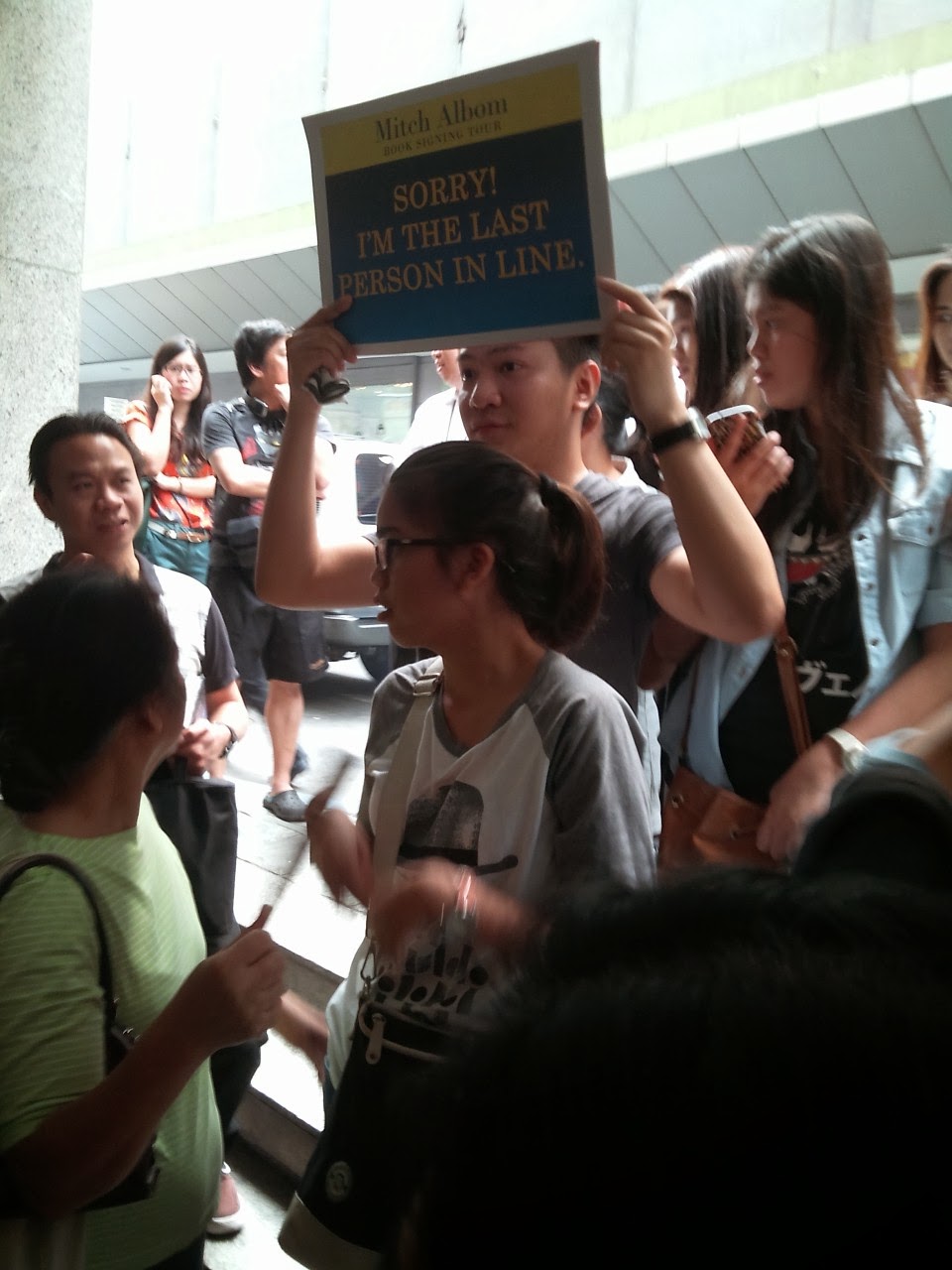 The last person on line became an instant celebrity. When he was asked to carry this placard, people started taking photos of  him.


I knew my husband could not stand the muggy weather anymore. All for the love of me, he was trying to convince me that he was a okay when suddenly he had a dizzy spell. So I suggested that we watch a movie na lang since there was a slim chance that we could get in considering the massive number of people who wanted to have their books signed. 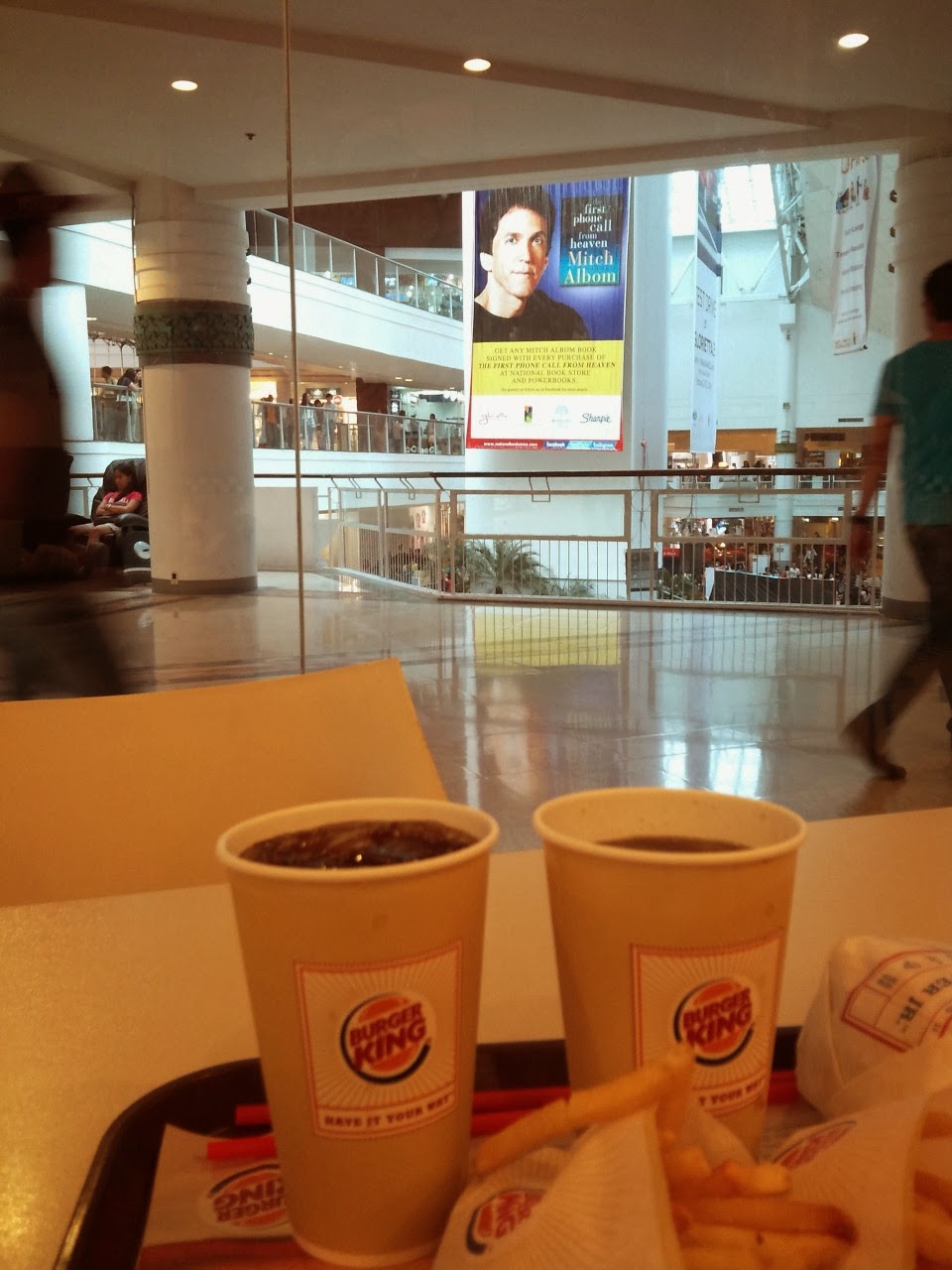 We bought something to eat first before watching Starting Over Again ( wait for my  blog about this movie) I knew that we will have finished watching the time movie by the time Mitch Albom arrive for his interview. 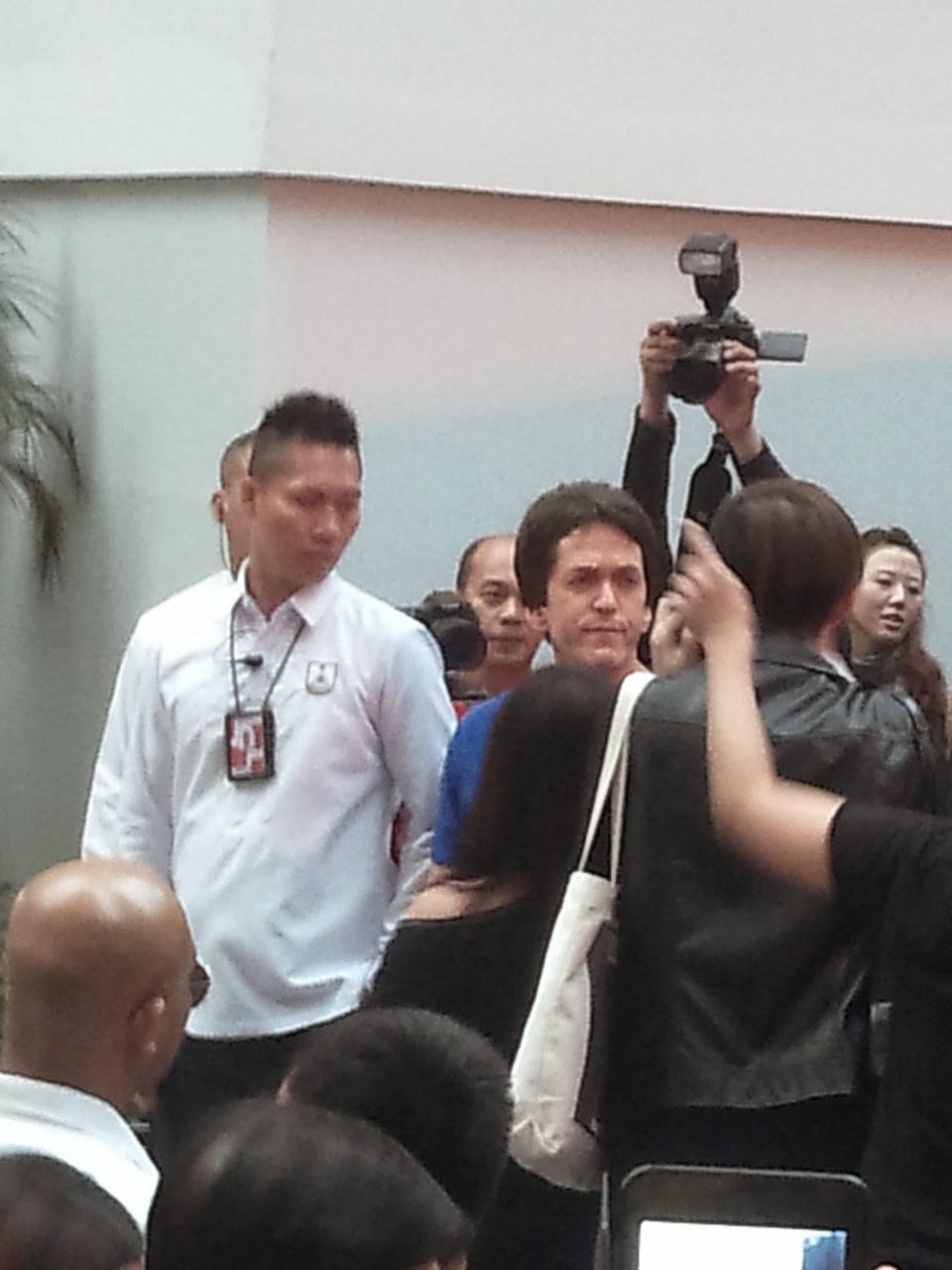 True enough, we were just in the nick of time. My husband  had taken  a snapshot of him before his  interview  began. 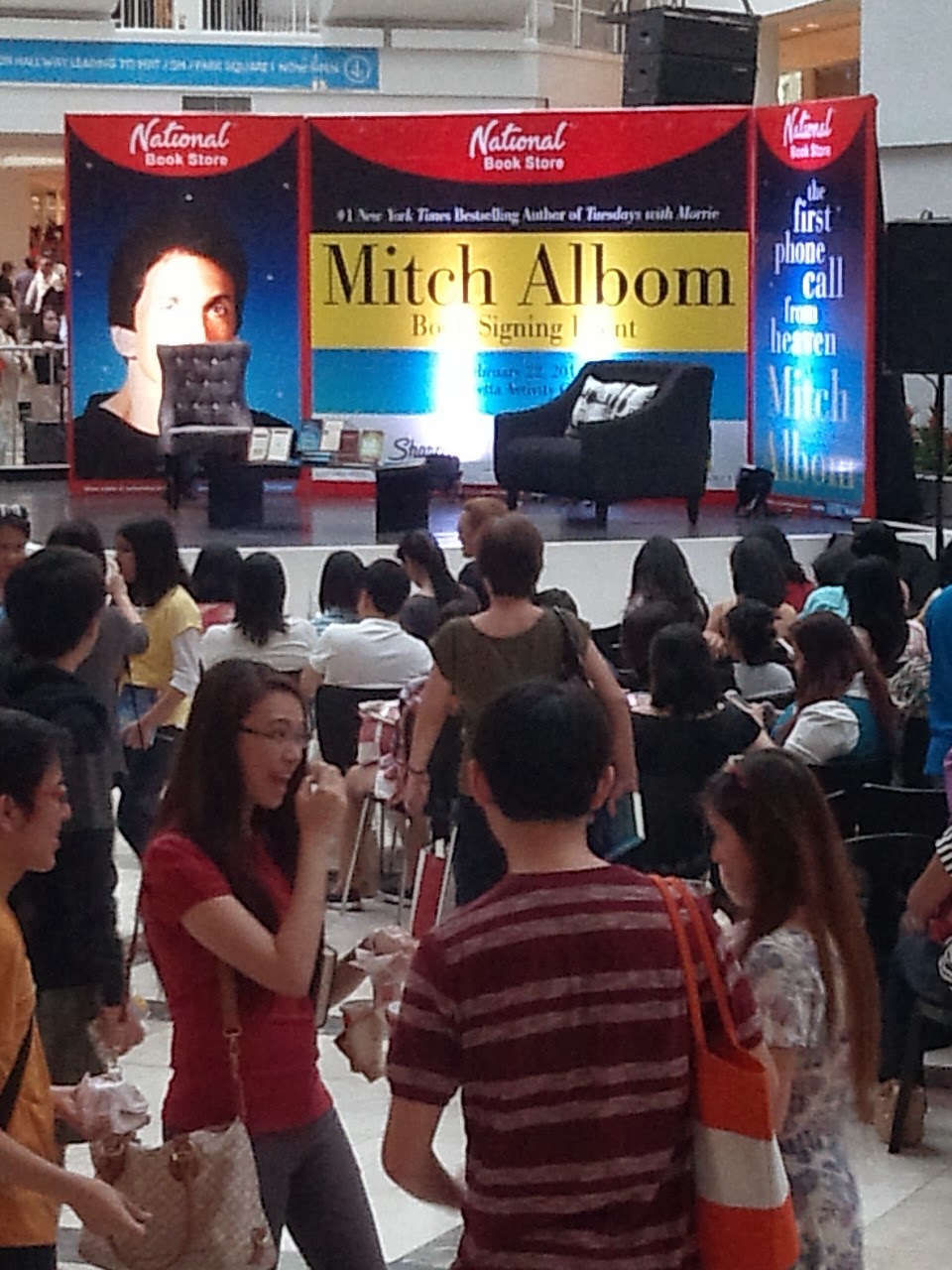 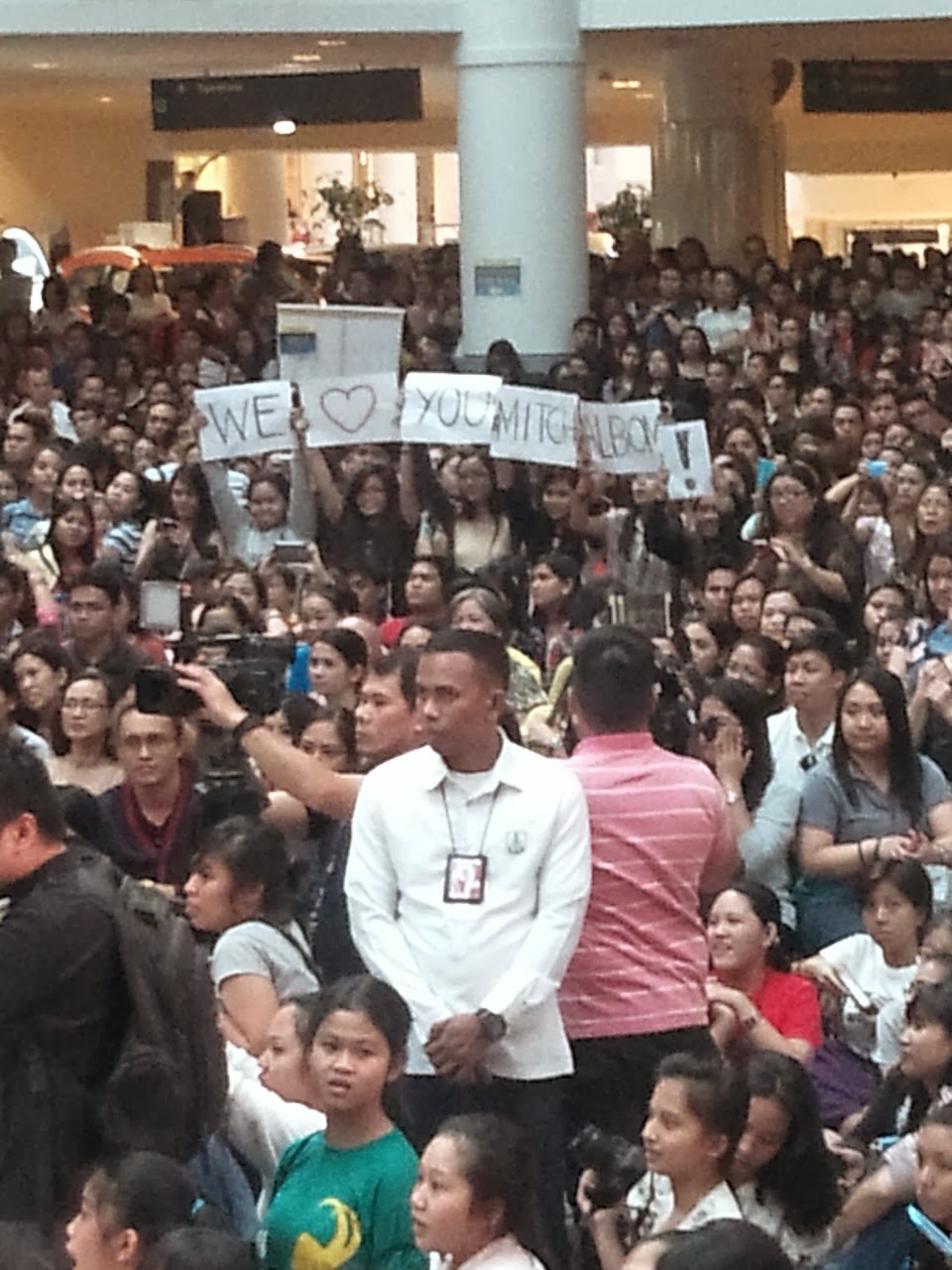 Mitch Albom,  impersonated Elvis Presley to the amusement of his fans. 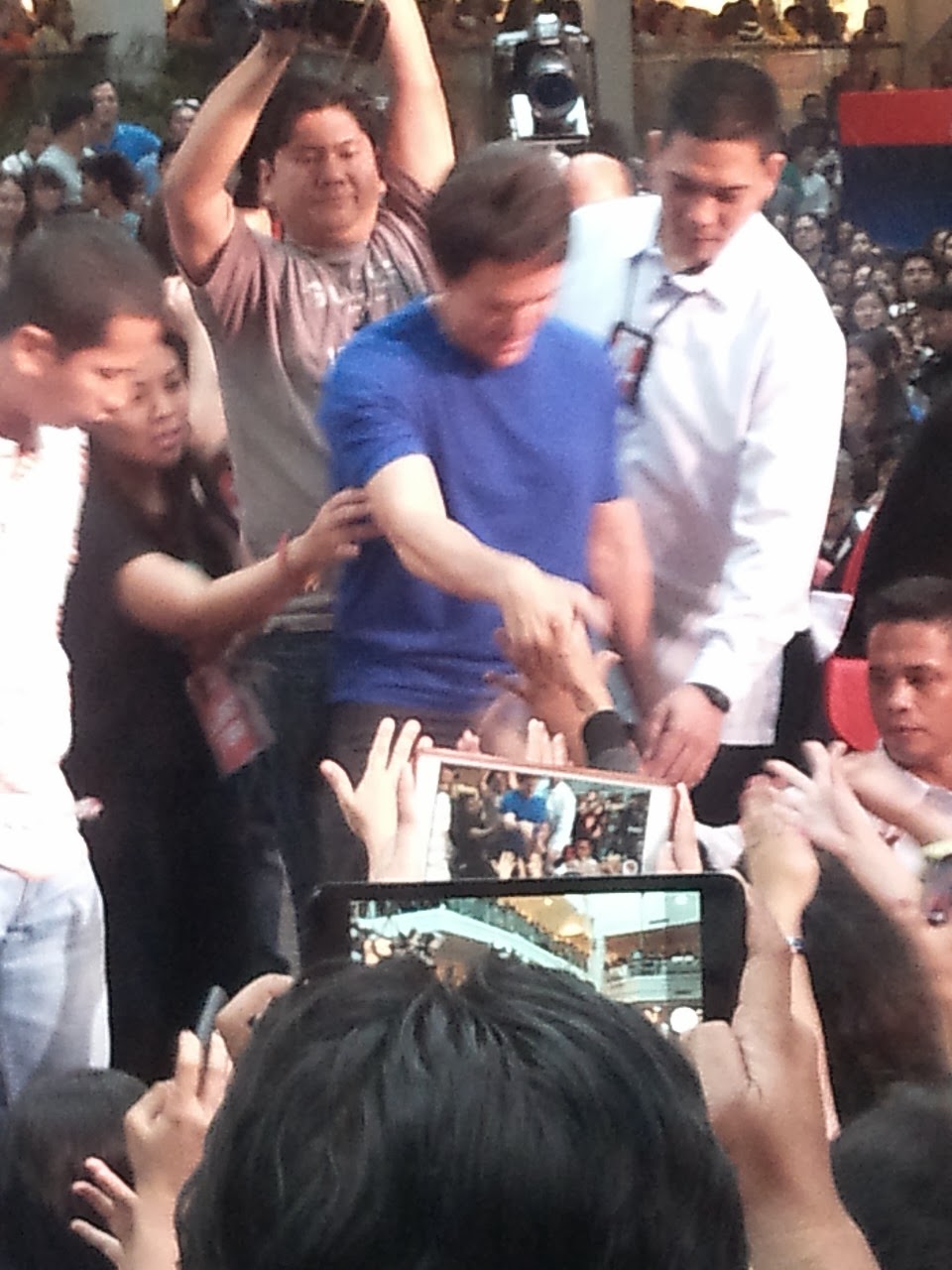 On his interview, he mentioned that he will donate forty fishing boats   (each with names of his best selling books on the hull)  and will  put up ten libraries in devastated areas in Tacloban .

Some trivia about Mitch Albom :
Before ending the interview, he gave words that he will come back here in the Philippines once the movie inspired by his book One More Day comes out. Email ThisBlogThis!Share to TwitterShare to FacebookShare to Pinterest
Labels: EVENTS