Have you had your "ME" time? If not, you should try it. Sometimes, we need time to be alone with ourselves.

Last night, I told my husband that I wanted to watch "Breaking Dawn" but nobody would tag along with me because every one was busy.
He said, " Go ahead...just be careful." 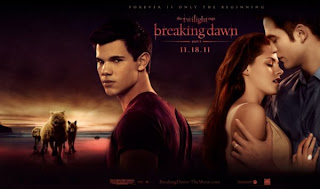 He is normally a worry-wart. But last night, he was an easy touch. So I woke up early the next day, and off I went to Alabang Town Center. I guess, I was pretty excited that when I arrived, the mall was still closed haha. I was not too early though. It was quarter past ten .The mall opened its main entrance at eleven on the dot.


. Movie would start at noon so I strolled around to kill time.

I spotted , Serenitea. I thought my Chicken-Turkey sandwich from Taters calls for a glass of tea. I ordered the best-seller Okinawa Milk tea.
What I discovered about this tea shop was you can customize your tea. You can choose the sinkers and the amount of sweetness of your tea. 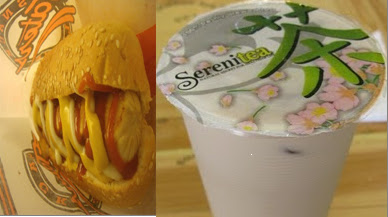 The movie was great! I got nostalgic on the wedding ceremonial scene because it reminded me of my own wedding. While in the middle of the movie, I realized that I was the only one seated on  row C --at ATC the rows are in alphabetical order--. I looked around. I saw the on-lookers were  seated on the far end row or second to the last row. Funny thing was, they were couples!

"No wonder they were looking at me as if I was an oddball'', I muttered to myself. Like I can read their minds lol!

Why do I feel like a fish out of the water? Hahahahaha. I didn't want to go to washroom because I knew I was going to be on the spotlight! But then, I could feel that my bladder was about to explode so wapakels  go to the toilet na.

Apparently, I am a fan of Edward-Bella-Jacob love triangle so I enjoyed the movie.And, I like open-ended stories to boot. Overall, I had a great "Me" time that I even bought myself an extra treat! A nice pair of pink ladies' top siders. 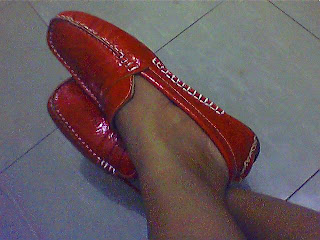 It's pink lol! The lighting wasn't good, I was too lazy
to turn the light on.

I was looking at some old pictures when I stumbled upon  these photos.
One of my hobbies is making ladies' accessories. I like wearing them,too! Funky accessories instantly glam up a plain and boring get up,don't they?  Wear them over a plain shirt and fab pair of denims, voila! You're ready to strut!

Check out the necklaces I made. Bracelets were designed by Brandy.
Models : Moi and Dyan 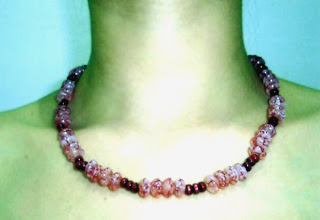 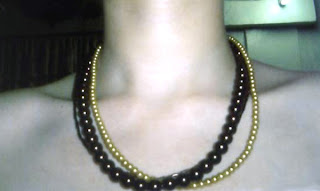 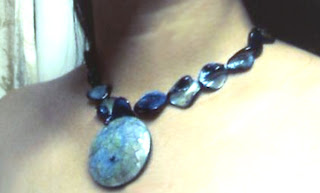 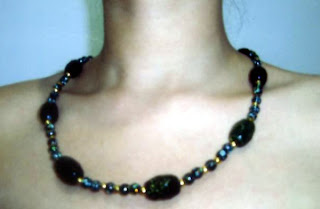 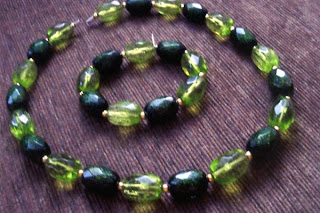 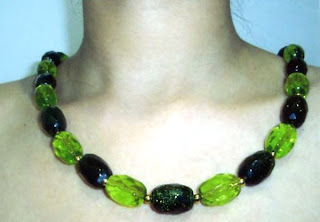 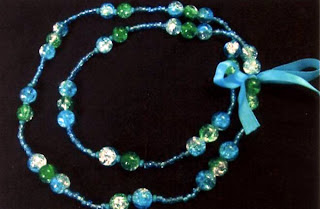 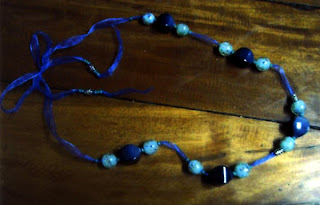 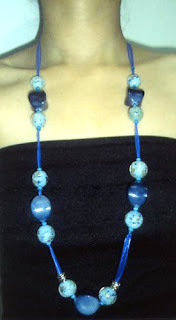 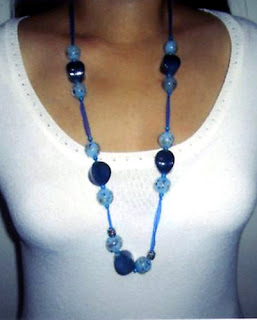 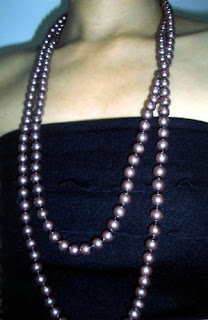 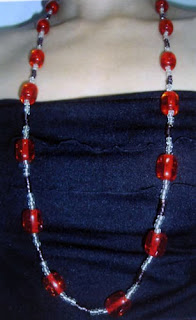 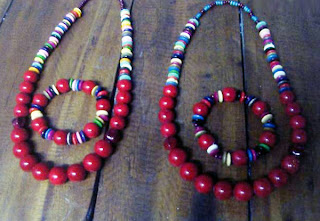 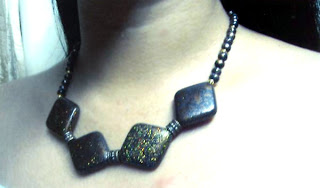 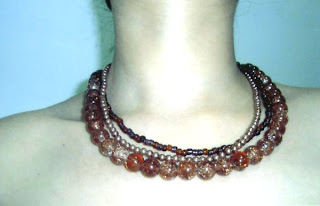 Posted by Jaunty_jenny at 7:39 AM No comments:

Email ThisBlogThis!Share to TwitterShare to FacebookShare to Pinterest
Labels: RANDOM 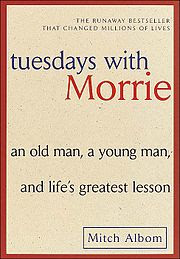 I've reread this book several times and I've never grown tired of this book probably because I, myself, is a teacher.Since it's Tuesday,I would like to share my favorite aphorisms from Mitch Albom's  "Tuesdays with Morrie.

" The most important thing in life is learn how to give out love, and to let it come in"
"Don't cling to things, because everything is impermanent"
"To know that you're going to die ,and to be prepared for it anytime.That's better.
That way,you can actually be more involved in your life while you're living''
"...neither money nor power will give you the feeling that you're looking for,
no matter much of them you have." 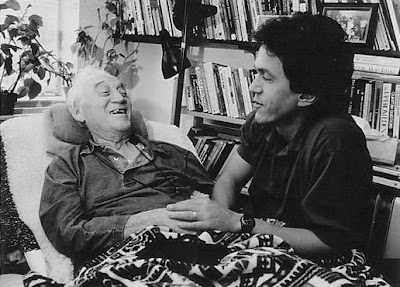 Morrie Schwartz and Mitch Albom
The most compelling dialog of Morrie which I know will bring back each reader's bittersweet memory of unrequited love:
"...but detachment doesn't mean you don't let the experience penetrate you.On the contrary, you let it penetrate you fully.
Take any emotion-love for a woman, or grief for  a loved one...If you hold back on the emotions-if you don't allow yourself to go all the way through them-you can never get to being detached, you're too busy being afraid. You're afraid of the pain, You're afraid of grief. You're afraid of the vulnerability that loving entails.
"But by throwing yourself into these emotions, by allowing yourself to dive in, all the way, over your head even, you experience them fully and completely. You know the pain is. You know what love is. And only then you can say, "All right. I have experienced that emotion.I recognize that emotion. Now I need to detach from that emotion for a moment. "
Posted by Jaunty_jenny at 6:05 AM No comments:

I am excited to see this real life couple back on the big screen! According to the news,the director used a real priest in the screen wedding ceremony. 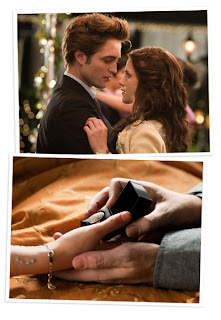 Posted by Jaunty_jenny at 9:26 AM No comments: